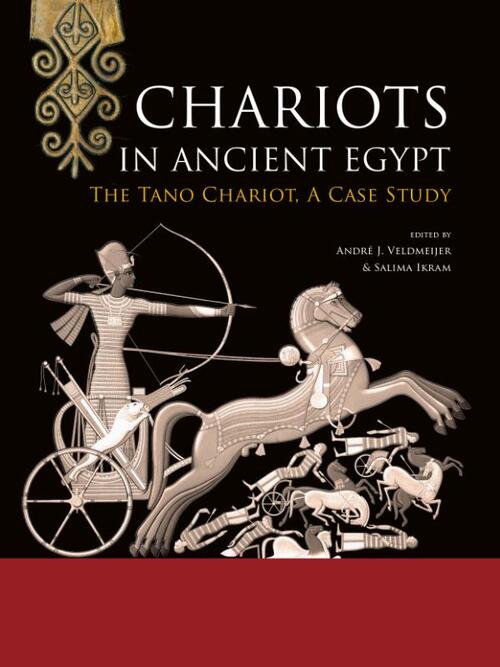 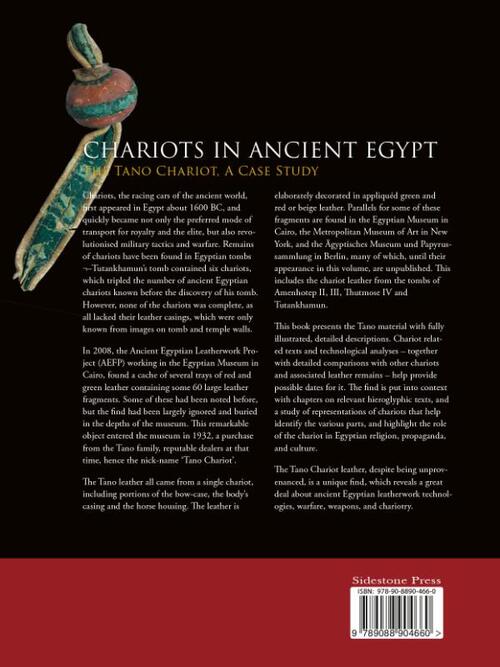 The Tano Chariot, A Case Study

Chariots, the racing cars of the ancient world, first appeared in Egypt about 1600 BC, and quickly became not only the preferred mode of transport for royalty and the elite, but also revolutionised military tactics and warfare. Remains of chariots have been found in Egyptian tombs -Tutankhamun's tomb contained six chariots, which tripled the number of ancient Egyptian chariots known before the discovery of his tomb. However, none of the chariots was complete, as all lacked their leather casings, which were only known from images on tomb and temple walls.

In 2008, the Ancient Egyptian Leatherwork Project (AELP) working in the Egyptian Museum in Cairo, found a cache of several trays of red and green leather containing some 60 large leather fragments. Some of these had been noted before, but the find had been largely ignored and buried in the depths of the museum. This remarkable object entered the museum in 1932, a purchase from the Tano family, reputable dealers at that time, hence the nick-name 'Tano Chariot'.

The Tano leather all came from a single chariot, including portions of the bow-case, the body's casing and the horse housing. The leather is elaborately decorated in appliquéd green and red or beige leather. Parallels for some of these fragments are found in the Egyptian Museum in Cairo, the Metropolitan Museum of Art in New York, and the Ägyptisches Museum und Papyrussammlung in Berlin, many of which, until their appearance in this volume, are unpublished. This includes the chariot leather from the tombs of Amenhotep II, III, Tutmose IV and Tutankhamun.

This book presents the Tano material with fully illustrated, detailed descriptions. Chariot related texts and technological analyses - together with detailed comparisons with other chariots and associated leather remains - help provide possible dates for it. The find is put into context with chapters on relevant hieroglyphic texts, and a study of representations of chariots that help identify the various parts, and highlight the role of the chariot in Egyptian religion, propaganda, and culture.

The Tano Chariot leather, despite being unprovenanced, is a unique find, which reveals a great deal about ancient Egyptian leatherwork technologies, warfare, weapons, and chariotry.

1 Introduction
2 Identification of Parts
3 Chariot Leatherwork Technology
4 Fitting the Pieces
5 Chariots of the New Kingdom: Context of Use and Iconography
6 Chariots in Texts, Writing and Language of New Kingdom Egypt
7 Changes over Time
8 Discussion 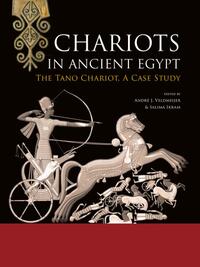