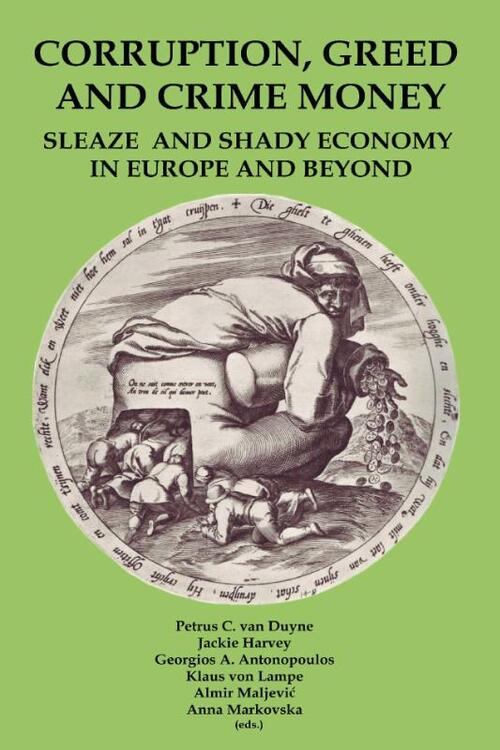 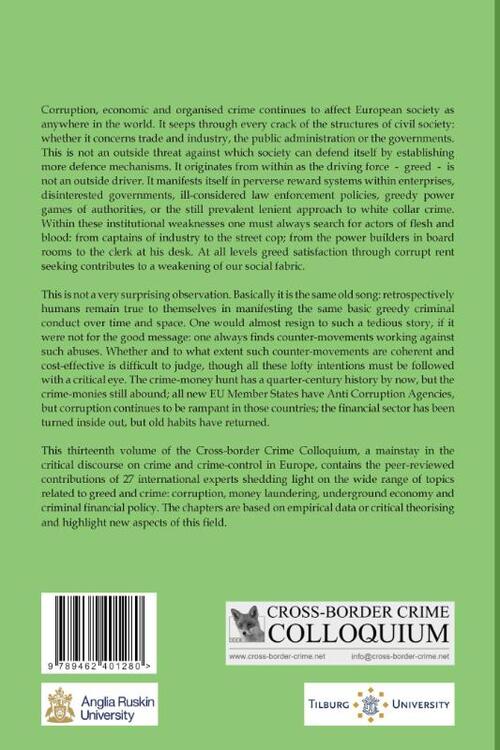 sleaze and shady economy in Europe and beyond

Corruption, economic and organised crime continues to affect European society as anywhere in the world. It seeps through every crack of the structures of civil society: whether it concerns trade and industry, the public administration or the governments. This is not an outside threat against which society can defend itself by establishing more defence mechanisms. It originates from within as the driving force greed is not an outside driver. It manifests itself in perverse reward systems within enterprises, disinterested governments, ill-considered law enforcement policies, greedy power games of authorities, or the still prevalent lenient approach to white collar crime. Within these institutional weaknesses one must always search for actors of flesh and blood: from captains of industry to the street cop; from the power builders in board rooms to the clerk at his desk. At all levels greed satisfaction through corrupt rent seeking contributes to a weakening of our social fabric.

This is not a very surprising observation. Basically it is the same old song: retrospectively humans remain true to themselves in manifesting the same basic greedy criminal conduct over time and space. One would almost resign to such a tedious story, if it were not for the good message: one always finds counter-movements working against such abuses. Whether and to what extent such counter-movements are coherent and cost-effective is difficult to judge, though all these lofty intentions must be followed with a critical eye. The crime-money hunt has a quarter-century history by now, but the crime-monies still abound; all new EU Member States have Anti Corruption Agencies, but corruption continues to be rampant in those countries; the financial sector has been turned inside out, but old habits have returned. This thirteenth volume of the Cross-border Crime Colloquium, a mainstay in the critical discourse on crime and crime-control in Europe, contains the peer-reviewed contributions of 27 international experts shedding light on the wide range of topics related to greed and crime: corruption, money laundering, underground economy and criminal financial policy. The chapters are based on empirical data or critical theorising and highlight new aspects of this field.
0 | 0 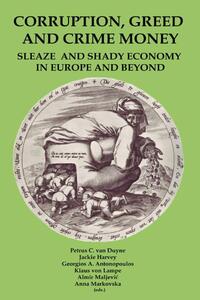