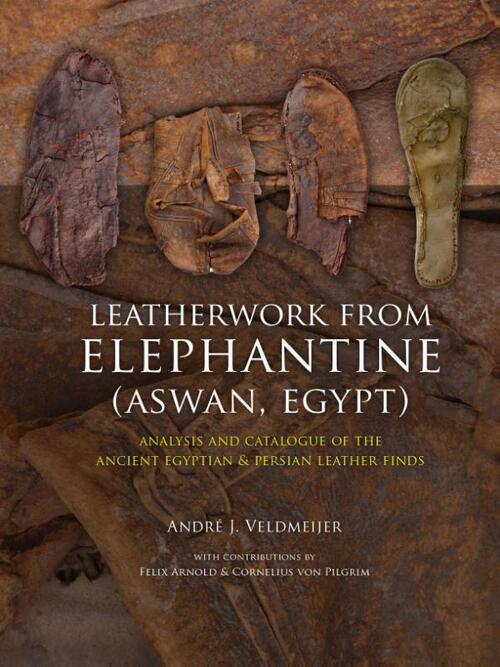 Analysis and catalogue of the Ancient Egyptian & Persian leather finds

'Leatherwork from Elephantine' describes, illustrates and analyses the finds from the excavations at Elephantine island (Aswan, Egypt) that are conducted by the German Archaeological Institute (DAI), in collaboration with the Swiss Institute for Architectural and Archaeological Research on Ancient Egypt (SI). The majority of the finds are dated to periods well after the pharaonic era (4th century AD onwards), save for a few finds from the New Kingdom and the Middle Kingdom. The majority of finds are sandals and shoes. Most important for leatherwork/footwear studies, however, is the footwear from the Persian layers (6th-5th c. BC), which is distinctly different from ancient Egyptian leatherwork. Ample attention will be given to this important group.

The Author:
"André J. Veldmeijer (Visiting Research Scholar American University in Cairo) studied archaeology at Leiden University (The Netherlands) and received his PhD in Vertebrate Palaeontology from Utrecht University (The Netherlands) in 2006. He has worked in Egypt since 1995 as a leather, footwear and cordage specialist for various missons (including Amarna, Berenike, Dra' Abu el-Naga, Elephantine, Hierakonpolis and Qasr Ibrim). Veldmeijer has also worked in several collections all over the world, studying ancient Egyptian and Nubian leatherwork and footwear as part of the Ancient Egyptian Leatherwork Project (AELP) and the Ancient Egyptian Footwear Project (AEFP) respectively. Among these collections are the Egyptian Museum in Cairo, the British Museum in London and the Metropolitan Museum of Art in New York. His second PhD, on the archaeology of footwear, is planned for the next four years. 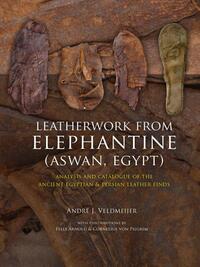