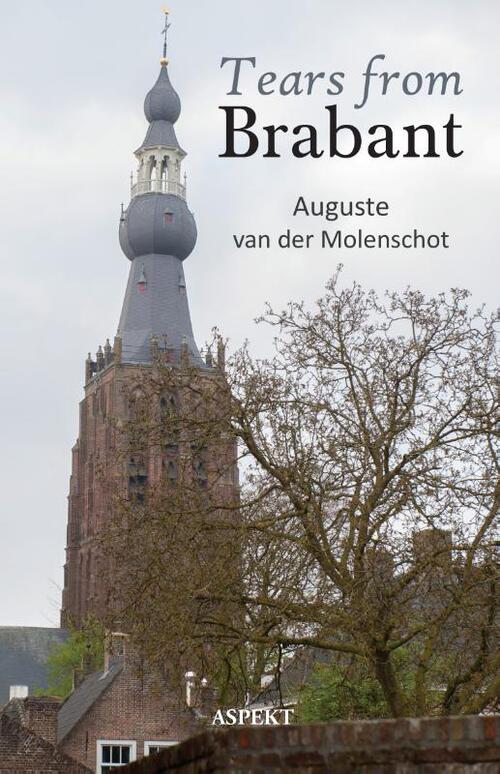 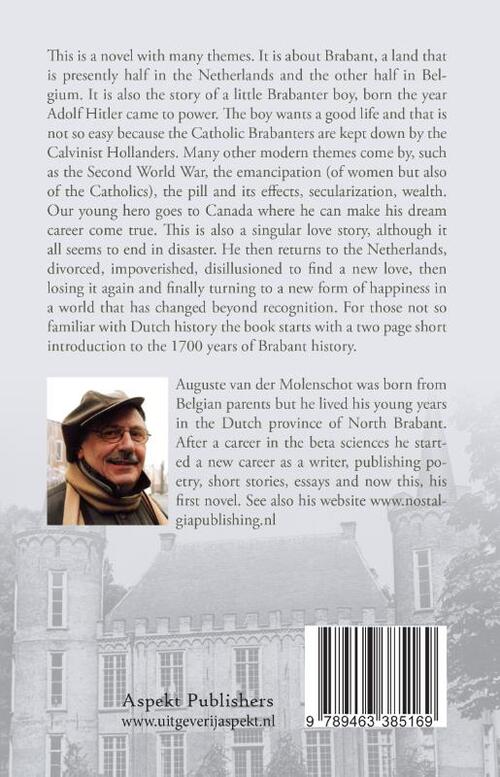 This is a novel with many themes. It is about Brabant, a land that is presently half in the Netherlands and the other half in Belgium. It is also the story of a little Brabanter boy, born the year Adolf Hitler came to power. The boy wants a good life and that is not so easy because the Catholic Brabanters are kept down by the Calvinist Hollanders. Many other modern themes come by, such as the Second World War, the emancipation (of women but also of the Catholics), the pill and its effects, secularization, wealth. Our young hero goes to Canada where he can make his dream career come true. This is also a singular love story, although it all seems to end in disaster. He then returns to the Netherlands, divorced, impoverished, disillusioned to find a new love, then losing it again and finally turning to a new form of happiness in a world that has changed beyond recognition. For those not so familiar with Dutch history the book starts with a two page short introduction to the 1700 years of Brabant history.

Auguste van der Molenschot was born from Belgian parents but he lived his young years in the Dutch province of North Brabant. After a career in the beta sciences he started a new career as a writer, publishing poetry, short stories, essays and now this, his first novel. See also his website www.nostalgiapublishing.nl 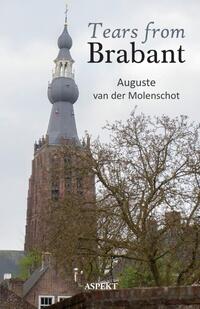