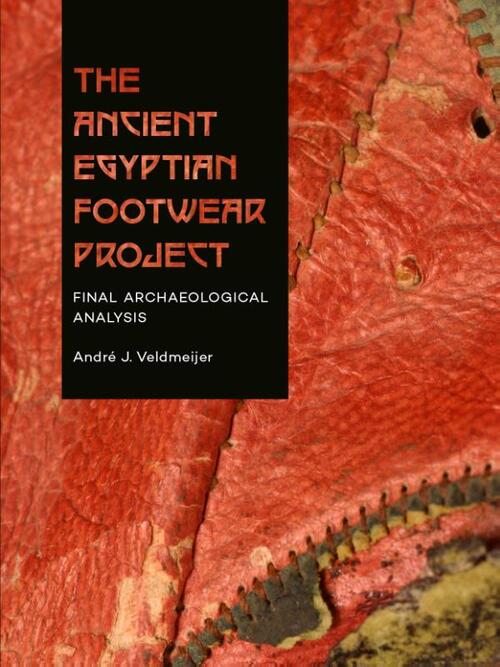 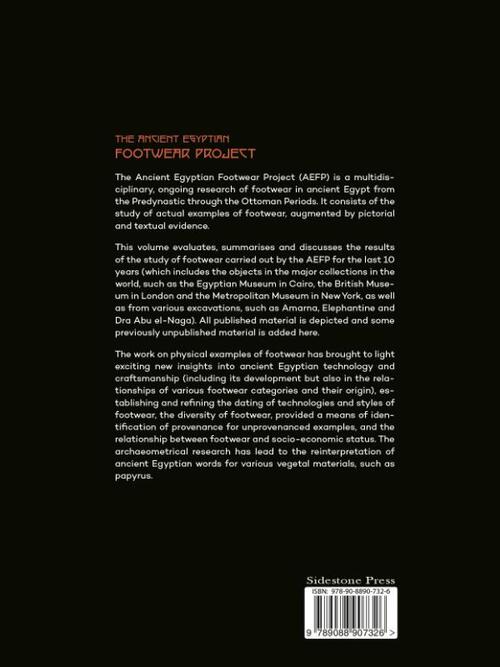 The Ancient Egyptian Footwear Project (AEFP) is a multidisciplinary, ongoing research of footwear in ancient Egypt from the Predynastic through the Ottoman Periods. It consists of the study of actual examples of footwear, augmented by pictorial and textual evidence.

This volume evaluates, summarises and discusses the results of the study of footwear carried out by the AEFP for the last 10 years (which includes the objects in the major collections in the world, such as the Egyptian Museum in Cairo, the British Museum in London and the Metropolitan Museum in New York, as well as from various excavations, such as Amarna, Elephantine and Dra Abu el-Naga). All published material is depicted and some previously unpublished material is added here.

The work on physical examples of footwear has brought to light exciting new insights into ancient Egyptian technology and craftsmanship (including its development but also in the relationships of various footwear categories and their origin), establishing and refining the dating of technologies and styles of footwear, the diversity of footwear, provided a means of identification of provenance for unprovenanced examples, and the relationship between footwear and socio-economic status. The archaeometrical research has lead to the reinterpretation of ancient Egyptian words for various vegetal materials, such as papyrus.
0 | 0 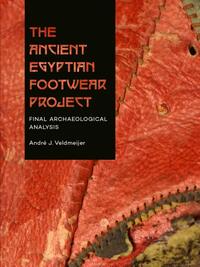