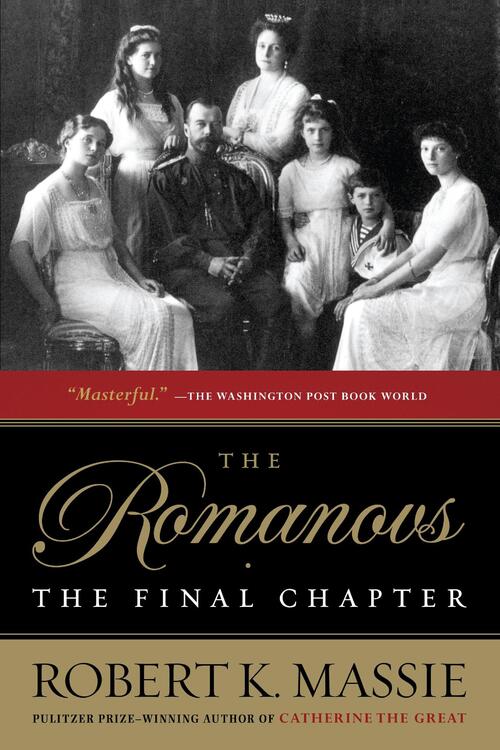 The Romanovs: The Final Chapter

"MASTERFUL."
--The Washington Post Book World
"RIVETING . . . UNFOLDS LIKE A DETECTIVE STORY."
--Los Angeles Times Book Review
In July 1991, nine skeletons were exhumed from a shallow mass grave near Ekaterinburg, Siberia, a few miles from the infamous cellar room where the last tsar and his family had been murdered seventy-three years before. But were these the bones of the Romanovs? And if these were their remains, where were the bones of the two younger Romanovs supposedly murdered with the rest of the family? Was Anna Anderson, celebrated for more than sixty years in newspapers, books, and film, really Grand Duchess Anastasia?
The Romanovs: The Final Chapter provides answers, describing in suspenseful detail the dramatic efforts in post-Communist Russia to discover the truth. This unique story, written by Pulitzer Prize winner Robert K. Massie, presents a colorful panorama of contemporary characters, illuminating the major scientific dispute between Russian experts and a team of Americans, including Drs. William Maples and Michael Baden--fiercely antagonistic forensic experts whose findings, along with those of DNA scientists from Russia, America, and Great Britain, all contributed to solving one of the greatest mysteries of the twentieth century.
"AN ADMIRABLE SCIENTIFIC THRILLER."
--The New York Times Book Review
"COMPELLING . . . A FASCINATING ACCOUNT."
--Chicago Tribune
"A MASTERPIECE OF INVESTIGATIVE REPORTING."
--San Francisco Examiner & Chronicle
0 | 0 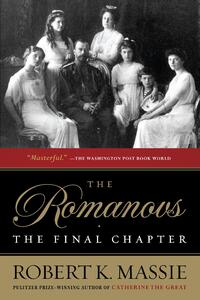