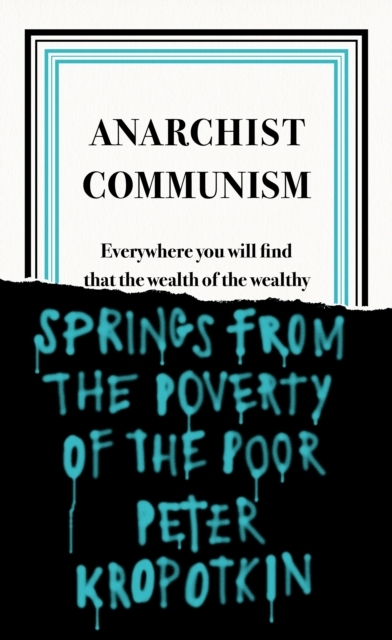 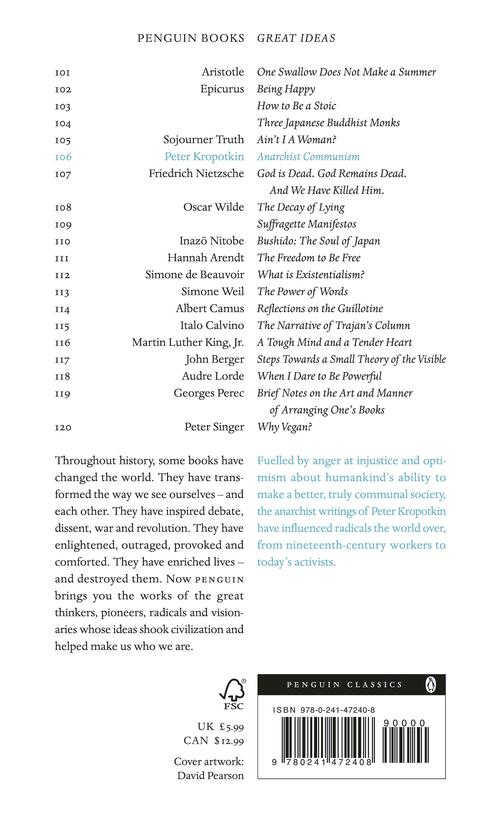 Peter Kropotkin's anarchist texts had a fundamental impact on 19th and 20th century radicals of all kinds. These essays from The Conquest of Bread are bravura examples of his optimistic and angry vision of a world in which the just actions of the many can destroy the grip of the few.

Throughout history, some books have changed the world. They have transformed the way we see ourselves - and each other. They have inspired debate, dissent, war and revolution. They have enlightened, outraged, provoked and comforted. They have enriched lives-and upended them. Now Penguin brings you a new set of the acclaimed Great Ideas, a curated library of selections from the works of the great thinkers, pioneers, radicals and visionaries whose ideas shook civilization and helped make us who we are.
0 | 0 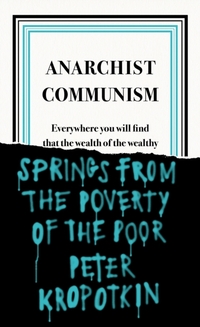