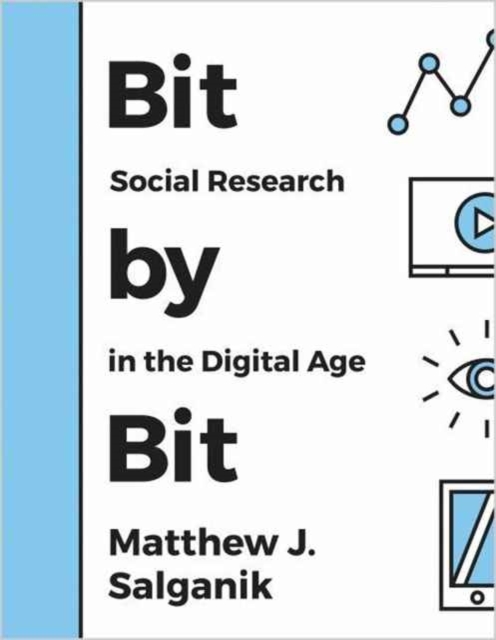 Social Research in the Digital Age

"In this engaging book about the evidence base of social scientific discovery, Matthew Salganik takes us on an important journey--from asking people their opinions, to watching and recording what people do, to noticing when the world inadvertently creates research data, to convincing research subjects to collect data for us, and even to recruiting thousands of citizens, citizen-scientists, and social scientists to collaborate in data collection and analysis."--Gary King, Harvard University

"Digital data is transforming social science, driving exciting innovations in methods while also raising difficult questions about reliability, relevance, and ethics. Written by one of the world's most respected computational social scientists, Bit by Bit addresses the benefits as well as the pitfalls of leveraging digital data for scientific insight. The result is a highly readable yet intellectually rigorous introduction to the brave new world of computational social science."--Duncan Watts, Microsoft Research

"This thoughtful, elegant, and entertaining book will be the how-to manual for doing exciting social science in the digital age. For anyone who wants to do experiments in an ethically sound way, it will be indispensable."--Helen Margetts, director of the Oxford Internet Institute

"Bit by Bit is, by far, the best and most up-to-date book on modern social science. Salganik writes compellingly and inspiringly. He has done a wonderful job of collecting a diverse set of meaningful examples and describing how they are important in language anyone can understand."--Sean Taylor, research scientist, Facebook

"This book is a gem--a rare combination of a highly accessible and engaging writing style coupled with an introduction to advanced computational methods for collecting and analyzing observational and experimental data."--Michael Macy, Cornell University