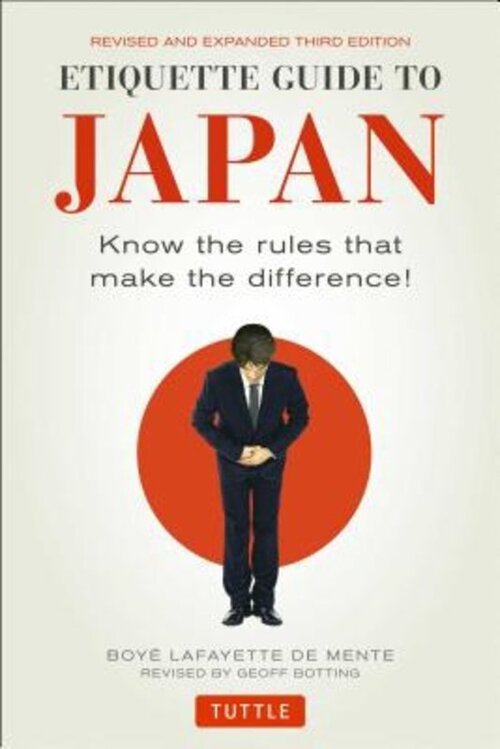 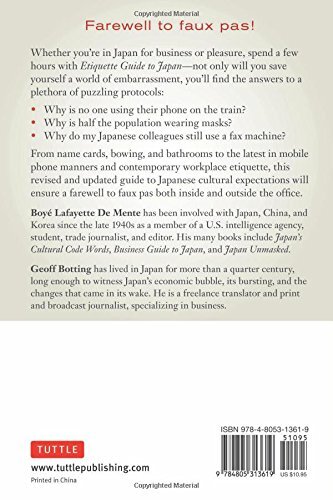 Know the Rules that Make the Difference! (Third Edition)

Minding your manners is an acquired skill, but what serves you well elsewhere could trip you up in Japan. Save yourself possible embarrassment with Etiquette Guide to Japan. An inside look at Japanese social graces, it answers all the questions of the thoughtful traveler.

Although often overshadowed by a modern facade, long–standing traditional aspects of Japan's culture still influence the country and almost everyone in it. Concrete evidence of this traditional culture can be seen everywhere—in the ancient arts and crafts that are still important parts of everyday life, in the many shrines and temples that dot the nation, and in the modern comeback of traditional fashions such as kimono and yakata robes.

To many Western visitors, however, the most obvious example of this traditional culture's strength is the unique etiquette of the Japanese. Like many nations, Japan has experienced vast political, social, and economic change over the past century. But enough of Japan's traditional etiquette remains to set the Japanese apart socially and psychologically, and to make success in socializing and doing business with them a special challenge for Westerners.

This updated and expanded edition of the classic etiquette guide addresses all the newest developments, trends and protocols.
0 | 0