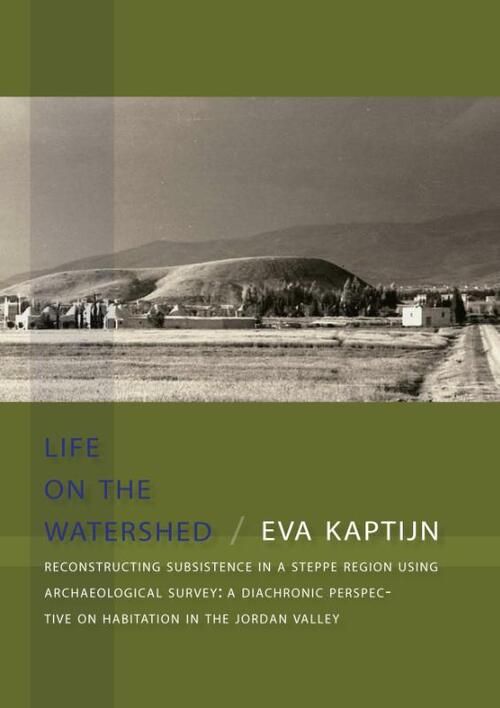 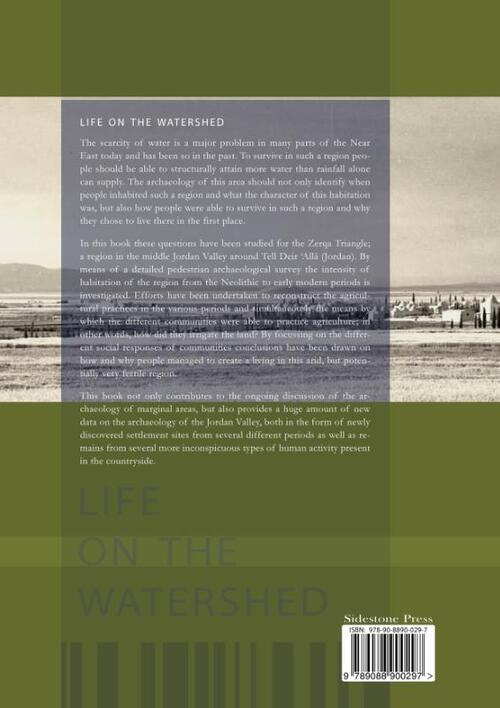 Life on the watershed

reconstructing subsistence in a steppe region using archaeological survey: a diachronic perspective on habitation in the Jordan Valley

The scarcity of water is a major problem in many parts of the Near East today and has been so in the past. To survive in such a region people should be able to structurally attain more water than rainfall alone can supply. The archaeology of this area should not only identify when people inhabited such a region and what the character of this habitation was, but also how people were able to survive in such a region and why they chose to live there in the first place.

In this book these questions have been studied for the Zerqa Triangle; a region in the middle Jordan Valley around Tell Deir 'Alla (Jordan). By means of a detailed pedestrian archaeological survey the intensity of habitation of the region from the Neolithic to early modern periods is investigated. Efforts have been undertaken to reconstruct the agricultural practices in the various periods and simultaneously the means by which the different communities were able to practice agriculture; in other words, how did they irrigate the land? By focussing on the different social responses of communities conclusions have been drawn on how and why people managed to create a living in this arid, but potentially very fertile region.

This book not only contributes to the ongoing discussion of the archaeology of marginal areas, but also provides a huge amount of new data on the archaeology of the Jordan Valley, both in the form of newly discovered settlement sites from several different periods as well as remains from several more inconspicuous types of human activity present in the countryside.
0 | 0 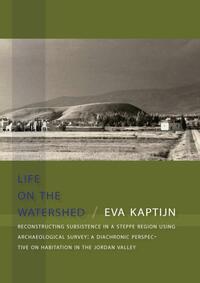