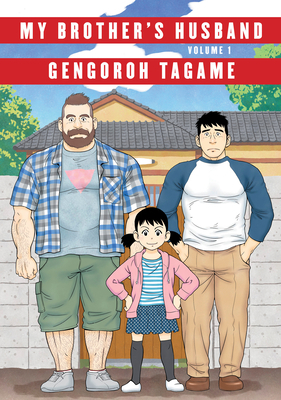 When a hulking, affable Canadian named Mike Flanagan—who declares himself the widower of Yaichi’s estranged gay twin, Ryoji—arrives on the doorstep of Yaichi's family in Japan, hoping to explore Ryoji's past, the family reluctantly but dutifully takes him in, changing their lives in the process
***EISNER AWARD WINNER***

Yaichi is a work-at-home suburban dad in contemporary Tokyo; formerly married to Natsuki, and father to their young daughter, Kana. Their lives suddenly change with the arrival at their doorstep of a hulking, affable Canadian named Mike Flanagan, who declares himself to be the widower of Yaichi's estranged gay twin, Ryoji. Mike is on a quest to explore Ryoji's past, and the family reluctantly but dutifully takes him in. What follows is an unprecedented and heartbreaking look at the state of a largely still-closeted Japanese gay culture: how it's been affected by the West, and how the next generation can change the preconceptions about it and prejudices against it.

(Please note: This book is a traditional work of manga, and reads back to front and right to left.)
0 | 0 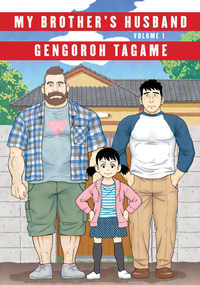