The Brooklyn destination the New York Times called "one of the most extraordinary restaurants in the country"-which began as a pizza place and quickly redefined the urban food landscape-releases its highly anticipated debut cookbook.

When Roberta's opened in 2008 in a concrete bunker in Bushwick, it was a pizzeria where you could stop in for dinner and stumble out hours later, happy. It's still a down-the-rabbit-hole kind of place but has also become a destination for groundbreaking food, a wholly original dining experience, and a rooftop garden that marked the beginning of the urban farming movement in New York City. The forces behind Roberta's-chef Carlo Mirarchi and co-owners Brandon Hoy and Chris Parachini-share recipes, photographs, and stories meant to capture the experience of Roberta's for those who haven't been, and to immortalize it for those who've been there since the beginning.
0 | 0 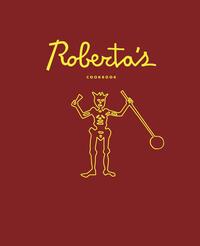