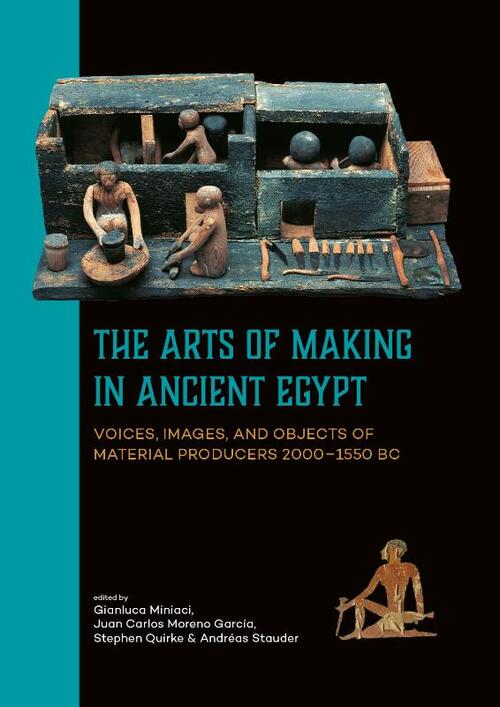 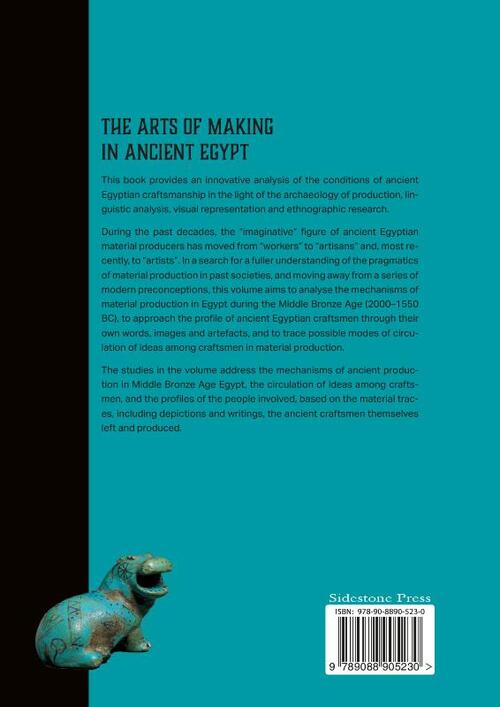 The Arts of Making in Ancient Egypt

This book provides an innovative analysis of the conditions of ancient Egyptian craftsmanship in the light of the archaeology of production, linguistic analysis, visual representation and ethnographic research.

The studies in the volume address the mechanisms of ancient production in Middle Bronze Age Egypt, the circulation of ideas among craftsmen, and the profiles of the people involved, based on the material traces, including depictions and writings, the ancient craftsmen themselves left and produced.

Contents:
Sculpture Workshops: who, where and for whom?
Simon Connor

The Artistic Copying Network Around the Tomb of Pahery in Elkab (EK3): a New Kingdom case study
Alisee Devillers

Antiquity Bound to Modernity. The significance of Egyptian workers in modern archaeology in Egypt
Maximilian Georg

To Show and to Designate: attitudes towards representing craftsmanship and material culture in Middle Kingdom elite tombs
Claus Jurman

Precious Things? The social construction of value in Egyptian society, from production of objects to their use (mid 3rd-mid 2nd millennium BC)
Christelle Mazé

Leather Processing, Castor Oil, and Desert/Nubian Trade at the Turn of the 3rd/2nd Millennium BC: some speculative thoughts on Egyptian craftsmanship
Juan Carlos Moreno García

The Egyptian Craftsman and the Modern Researcher: the benefits of archeometrical analyses
Patricia Rigault, Caroline Thomas

The Representation of Materials, an Example of Circulations of Formal Models among Workmen. An insight into the New Kingdom practices
Karine Seigneau