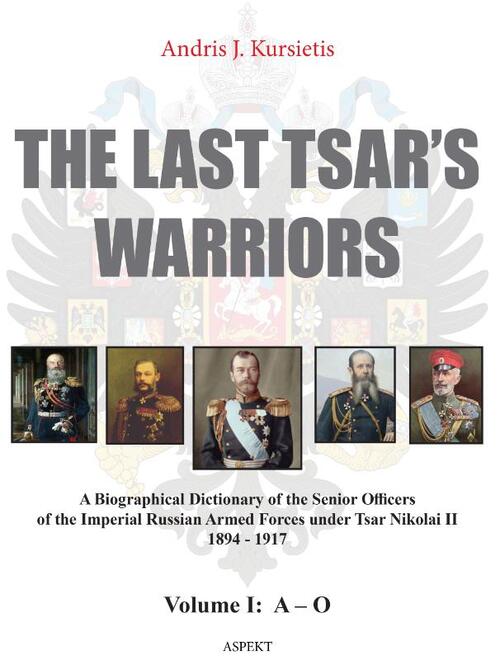 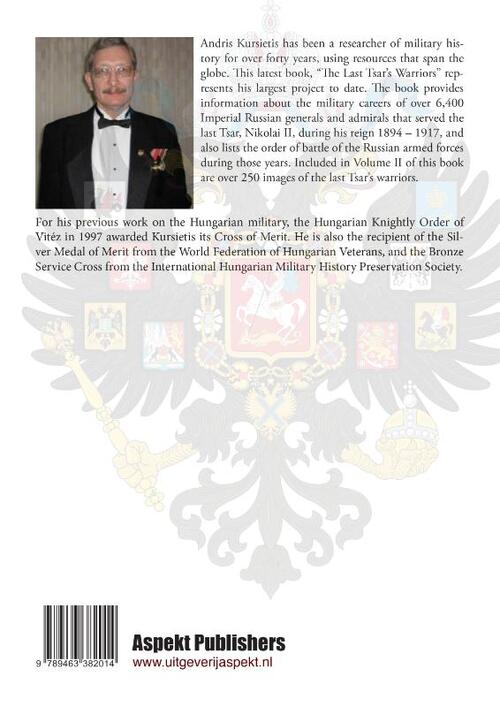 a biographical dictionairy of the senior officers of the imperial russian armed forces under tsar nikolai I volume I: A-O

Andris Kursietis has been a researcher of military history for over forty years, using resources that span the globe. This latest book, "The Last Tsar's Warriors" represents his largest project to date. The book provides information about the military careers of over 6,400 Imperial Russian generals and admirals that served the last Tsar, Nikolai II, during his reign 1894 - 1917, and also lists the order of battle of the Russian armed forces during those years. Included in Volume II of this book are over 250 images of the last Tsar's warriors.

For his previous work on the Hungarian military, the Hungarian Knightly Order of Vitéz in 1997 awarded Kursietis its Cross of Merit. He is also the recipient of the Silver Medal of Merit from the World Federation of Hungarian Veterans, and the Bronze Service Cross from the International Hungarian Military History Preservation Society. 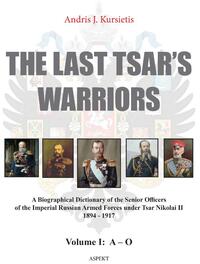