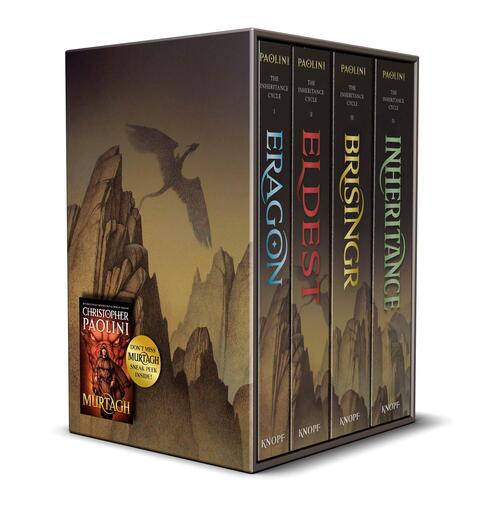 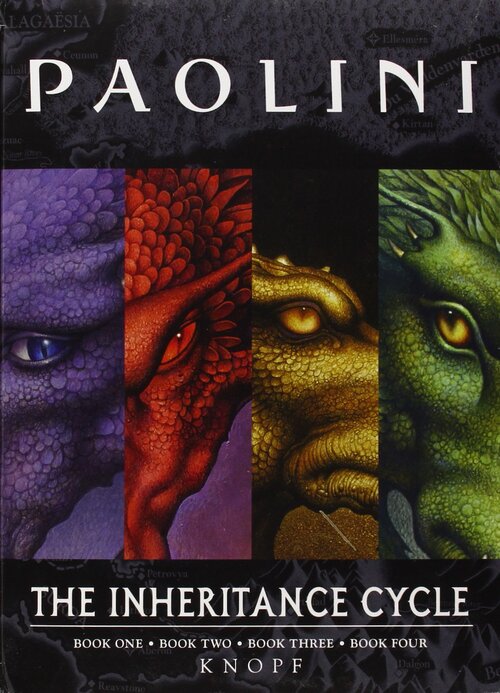 A boxed set of all four paperback books in the series that began with Eragon follows Eragon as he grows from a poor farm boy into an amazing swordsman who fights alongside his dragon, Saphira, to help save the Empire from evil and darkness.
The complete Inheritance cycle, available for the first time in a paperback boxed set! Eragon, Eldest, and Brisingr each include a special full-color foldout poster!

The Inheritance cycle is the unforgettable, worldwide bestselling saga of one boy, one dragon, and a world of adventure. When Eragon finds a polished blue stone in the forest, he thinks it is the lucky discovery of a poor farm boy. But when the stone brings a dragon hatchling, Eragon soon realizes he has stumbled upon a legacy nearly as old as the Empire itself. Overnight his simple life is shattered, and he and his dragon, Saphira, are thrust into a perilous new world of destiny, magic, and power. Can Eragon take up the mantle of the legendary Dragon Riders? The fate of the Empire may rest in his hands. . . .
0 | 0 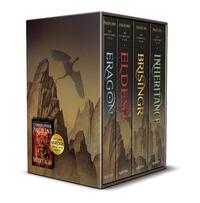